Department of Psychiatry, Regional Institute of Medical Science, (RIMS), Imphal is one of the Regional Resource Coordinating Centre (RRCC) and running its own Drug Treatment Clinic (DTC) under the scheme “Enhancing the functioning of Drug De Addiction Centres (DACs)”, under the sponsorship of Drug De-Addiction Program, Ministry of Health and Family Welfare (DDAP, MOH&FW). National Drug Dependence Treatment Centre (NDDTC), All India Institute of Medical Science (AIIMS), New Delhi as the National Resource Centre with support from DDAP, MOH&FW.

RIMS is already running a De-Addiction Centre established by DDAP. Apart from this Department of Psychiatry, RIMS had undertaken training program for GDMOs for North Eastern states under NFCDA (Ministry of Finance) and identified as Regional Technical Training Centre for Northeast, under the project HIFAZAT (funded by GFATM round 9 grant) for training of staff working under the National AIDS Control Program.

The main objective of the program is to enhance the functioning of DTCs by providing drug treatment services for all types of drug users in keeping with the established standards of care and treatment on outpatient basis since inception till April 2018, a total of 4581 patients were registered in the DTC, RIMS. Out of which 2048 patients were Alcohol Dependence Syndrome (ADS), 2278 patients were Opioid Dependence Syndrome (ODS), 255 cases were cannabis, WY, benzodiazepines dependence etc. Out of the 2278 ODS cases 39 of them were under Methadone Maintenance Therapy (MMT). 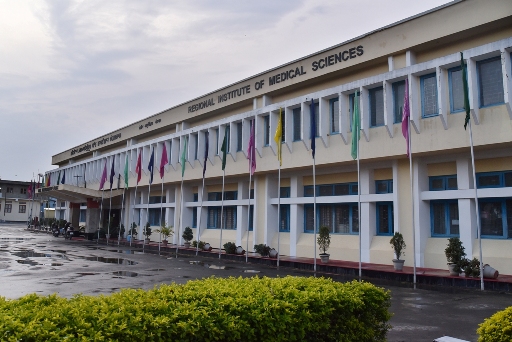 Our Drug treatment clinics under RIMS