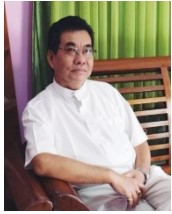 Prof. R. K. Lenin Singh is from Manipur, a small state in the north eastern corner of India. He is a psychiatrist by profession who has passion to serve community, to facilitate healthy and happy life style amongst the common population.

He now serves as a Professor and Head in Department of Psychiatry, RIMS (Regional Institute of Medical Sciences), Imphal, Manipur. He received his MD (Doctor of Medicine) in Psychiatry from AIIMS (All India Institute of Medical Sciences), New Delhi, India, and was awarded his Ph.D. (Doctor of Philosophy) Degree by Department of Anthropology, Manipur University. He has been serving as Post Graduate Teacher and Guide for more than 13 years, and been serving as the P.G. Psychiatry Examiner for various universities and medical institutes in the country. He has published more than 33 (thirty three) scientific articles on national and international journals and presented papers in National and International Conference.

He had served as the ‘Honorary Secretary’ of ‘Indian Psychiatric Society, Eastern Zonal Branch'. In addition to serving as ‘Secretary’ of ARIMSA (Association of RIMS Alumni), he also served as the ‘Honorary Secretary’ of Indian Psychiatric Society, Manipur State Branch for a long a period of time. From the early beginning, he has been affiliated at different capacity with various organisations, associations and societies like Medical Society RIMS Imphal; Medical Education Unit, RIMS, Imphal; Lions Club international; IMA, Manipur State Branch; Board of Studies of Medical Sciences of Manipur University; Sub Committee of Indian Psychiatric Society; Subcommittee - ‘Geriatric Community Mental Health’ of IAGMH; Red Cross Society, Imphal etc

Besides, being working as a clinician and a teacher in a Medical Institute, Prof. R. K. Lenin Singh has also been working and handled more than ten different research projects and programmes. Currently, he is a Nodal Officer of RRCC (Regional Resource Coordinating Centre) and DTC (Drug Treatment Clinic), RIMS, Imphal. Of the recently conducted “National Mental Health Survey”, under the Ministry of Health and Family Welfare (MOHFW), Govt. of India, he was the Principal Investigator of the Manipur State.

Prof. R. K. Lenin Singh has also been one of the main forces to organise conferences of both state and national level in Imphal. “One Day National CME on Opioid Substitution Therapy” under the banner of ‘IPS, Addictive Disorders Specialty Section’ during January 2018 and “14 th Annual National Conference of the Indian Association of Geriatric Mental Health - GERON 2018”, under the banner of ‘Indian Association of Geriatric Mental Health (IAGMH) in September 2018 are few of the national level conferences that are worth a mentioned that he organised in the Imphal under the capacity of Organising Secretary . 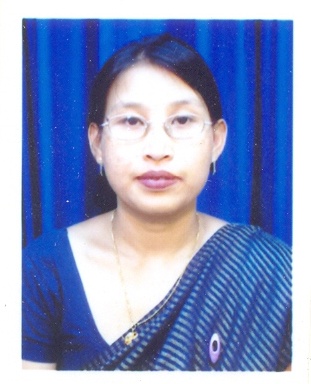 Mrs. Thokchom Indira Devi from Singjamei Oinam Thingel, Imphal, Manipur is the ‘Coordinator’ of Regional Resource and Coordination Centre (RRCC), RIMS, Imphal. She got her Degree in Master of Social Work from Pune University in the year 2000. Few of the qualities that she carries are such as Leadership & Team Building, training and capacity building, Monitoring and Evaluation, Liaisoning , Networking, Counseling skills

She has nearly 15 years of experience in the field of Drugs and HIV/AIDS. Also has extensive and intensive knowledge in field work in harm reduction and care and support programs for people who use drugs, people living with HIV/AIDS. She has served in many capacities under various institutes. Few of her work experience are as follows:

She has also published two papers. They are as follows:
i. Abstract on Cotrimoxazole prophylaxis – a boon for HIV exposed infants and children in resource poor setting (National Padiatric conference, 2010) ii. Care and Support for People Living with HIV/AIDS (PLHA) (SASO Alliance Newsletter Volume I, Issue III December,2007 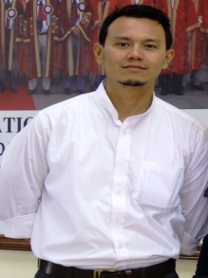 Mr. Maisnam Rubie is kind of a person who tries to see almost every aspects of life positively. He likes to be in touch with natural and as much as possible likes to use and utilize things that are environment and eco-friendly. He likes laze around watching movies and hang out and spend quality times with the like-minded friends.

He completed his 10th Class Examination from St. Xavier’s School, Shillong, Meghalaya in 1997 and after two years he finished his 10+2 Examination from Human Resource Development Academy (HRDA), Imphal Manipur. He studied ‘Sociology’ subject at St. Edmund’s College, Shillong, Meghalaya and completed his graduation in the year 2002. Further, he went to Pune, Maharashtra to pursue his Master’s Degree in ‘Master of Social Work’ and achieved his Master’s Degree in the year 2004.

Prior, to his present position as the ‘Training & Field Coordinator’ at RRCC, RIMS, Imphal, he has had some mixed work experienced. He has been lucky enough to get to work with the team of young enthusiast BMX Riders called ‘Ultimate Riders of Horizon’ based at Imphal. He was the ‘Team Manager’ of the riders and managed to take them to various shows and events at various places of North East India. He has also worked as the ‘Part Time Manager’ in an Event Management Company – ‘Springboard Surprises’ based in Shillong. He also served as a ‘Research Assistant’ for a period form August 2007 to February 2008 in the project entitled “Screening and Management of Attention Deficit Hyperactivity Disorder (ADHD) amongst School Children” undertaken by Department of Psychiatry, Regional Institute of Medical Sciences (RIMS), Imphal. He has also work and occupy the post of ‘Capacity Building Officer’ in the project “Enhancing Institutional and Couselling Capacities of Counsellor Training Institutes”, GFATM Round -7 Couselling Component, conducted by Department of Psychiatry, Regional Institute of Medical Sciences (RIMS), Imphal. 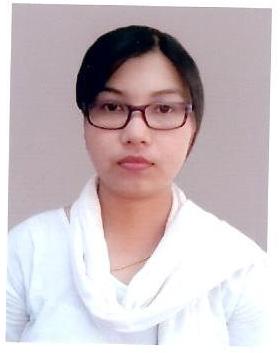 Master in Commerce from IGNOU

Namram Chanu Premica has intention to work in an organization, where she will able to grow as an individual and use her professional and intellectual skill to contribute Profitable to the organization as well as have an opportunity to learn through the organization. Today she is engaged as ‘Account & Administrative Officer’ at RRCC, RIMS Imphal. She finished her class 10 from Sika Higher Secondary School, Imphal in the year 2005. In 2007, she completed her Higher Secondary Examination from T.G. Higher Secondary School, Imphal. Then she went to D.M. College of Commerce, Imphal to do her Bachelor in Commerce in the year 2011. After two years in the year 2013, she completed her Master in Commerce from IGNOU.