S. N. Medical College itself is honored with the prestige of being one of the first three Medical Schools of the country, being established in year 1854, during the reign of British Empire. The history of this institute in face runs parallel with the evolution and development of Medical Education in the State of Uttar Pradesh. Lt. Governor Sir James Thomson was the founder of this school, who laid the foundation stone in year 1854. It was then named after him as Thomson School, and the main objective of its establishment was to produce Medical Assistants and training the Doctors for working in Indian Army, and to look after the health of Military personnel. The East India Company first made the plans of the school and the maintenance cost was also borne by it. The hospital attached to the Agra Medical School since 1854 was known as the Thompson Hospital. The first batch of Indian doctors passed out from the Medical School in 1857, when India was vigorously engaged in its struggle of freedom. 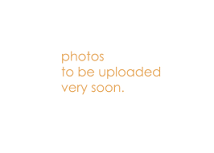